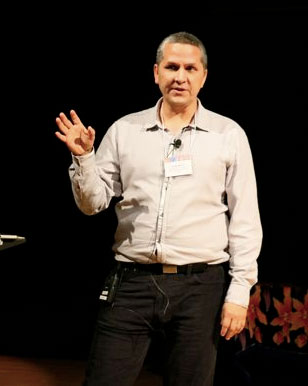 The first Conference of the American Indigenous Research Association was held at Salish Kootenai College in Pablo, Montana on October 11-12, 2013.  Thanks to a generous grant from Humanities Montana and the Montana State University INBRE Foundation (a program supported by NIH), in collaboration with the Salish Kootenai Social Work and Psychology Departments, registration was free of charge to 200 attendees from 22 states, including Hawai’i and Alaska, as well as the countries of Canada, Australia, and New Zealand. Many different First Nations, American Indian, Pacific Islander, Aboriginal, and Alaska Native peoples were represented among the students, faculty, researchers, and administrators who came. 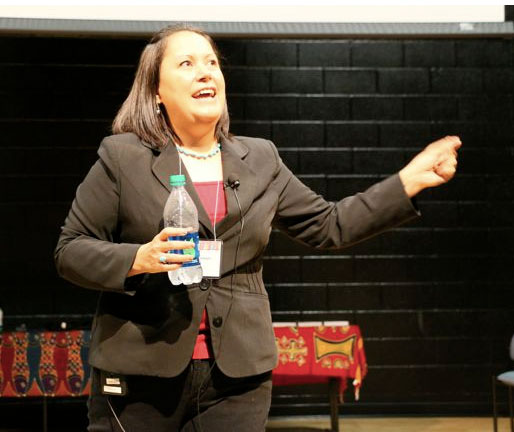 Plenary speaker Shawn Wilson, Ph.D. of Australia, author of the popular and influential book Research Is Ceremony: Indigenous Research Methods led off the first day of presentations. He was followed by Bonnie Duran, Dr.P.H., of the University of Washington in Seattle, coauthor with Eduardo Duran of Native American Postcolonial Psychology. The second day of presentations was initiated by Margaret (Maggie) Kovach, Ph.D. of the University of Saskatchewan, author of Indigenous Methodologies: Characteristics, Conversations, and Contexts. These three books have been so important to Indigenous researchers that everyone was eager to hear the authors’ presentations and speak with them during the conference. Graduate students were particularly happy to be able to talk with these people whose ideas have been such an important part of their developing professional skills and research designs. 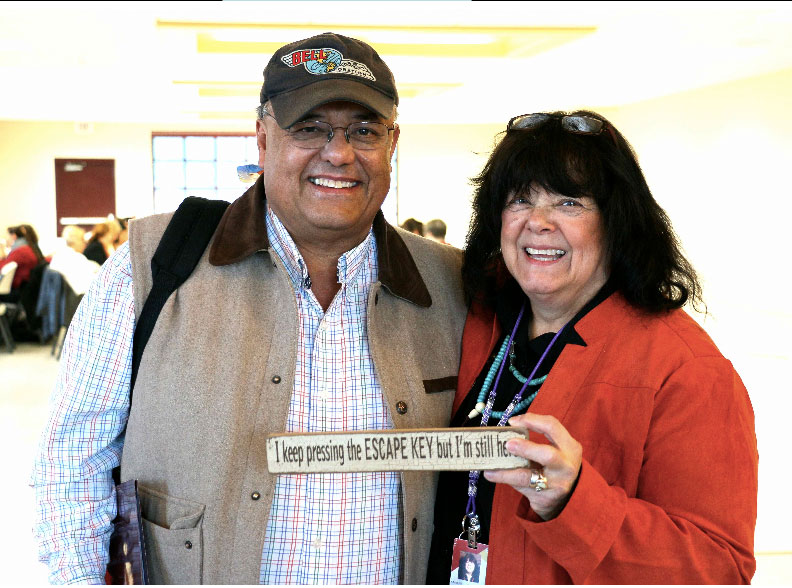 One of the more powerful presentations was a film based on Night Spirits: The Story of the Relocation of the Sayisi Dene. This book’s author, Ila Bussidor, Councillor for the Sayisi Dene First Nation in Manitoba, Canada, was unable to attend the conference because of visa delays. Lori Lambert, Ph.D. of Salish-Kootenai College presented an important conceptual model for doing research projects with and for Indigenous communities — a model that informs the American Indigenous Research Association’s mission itself. 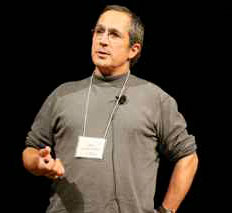 Ed Galindo of the University of Idaho described the NASA experiment design projects he facilitates with and for Native students, and the fun he has getting some of his students’ plans through various funding agencies. Dr. Georgia Johnson, also of the University of Idaho, brought five recently hooded “Co-Heart” doctorate students to talk about their struggles to do research in Indigenous ways on a major university campus — one that has a non-Indigenous administrative structure. And one of everyone’s favorite presentations was by the first and only enrolled American Indian astronaut, Chickasaw John Herrington, a retired Naval Aviator who flew on Space Shuttle mission STS-113 and is now working on a doctorate doing math education for Native elementary school students in Idaho. 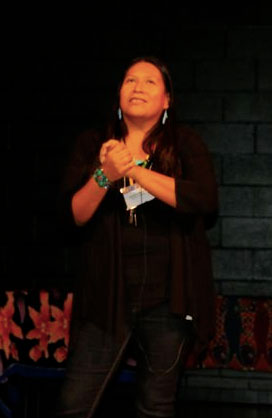 You might think this was more than enough for a two-day conference, but there were additional excellent presentations even beyond these: on story, on making traditional fishing line to teach concepts such as epistemology and axiology, about the experience of developing and teaching courses in Indigenous research methodologies, about research in historical trauma and the importance of introducing undergraduate students to opportunites to carry out original Indigenous research, and on the crazy-making truth claims of Western research methods compared to those of Indigenous research methods that are based on real human experience. Those speakers included Frank Finley, Co Carew, Kari Harris, Corinna Littlewolf, Ruth Ann Swaney, Yolanda Bisbee, D’Lisa Pinkham, Scott Clyde, Art Taylor, Jane Baillargeon, and Dawn Hill Adams.

The second day concluded with a round dance in the theater (despite reports to the contrary in the press!), and excited conversations continued into both nights as well as on Sunday morning. Again and again, students, faculty, and administrators celebrated the solidarity they felt in this community that understands so well the special challenges and rewards of using Indigenous research methods in a world whose power and purse-strings are frequently held by people who don’t understand Indigenous worldview or cultures. From hugs of mutual support to sharing of meaningful resources and insight into specific research or thesis problems, everyone participated in building a community of shared knowledge and hope. 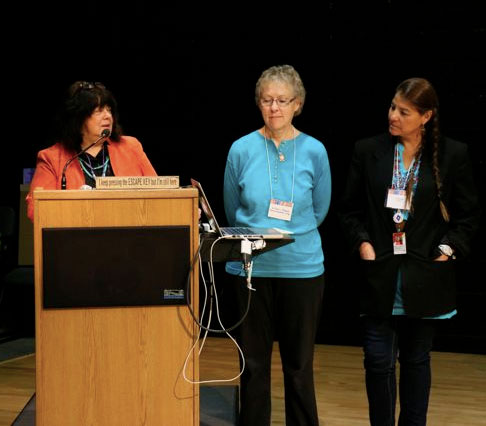 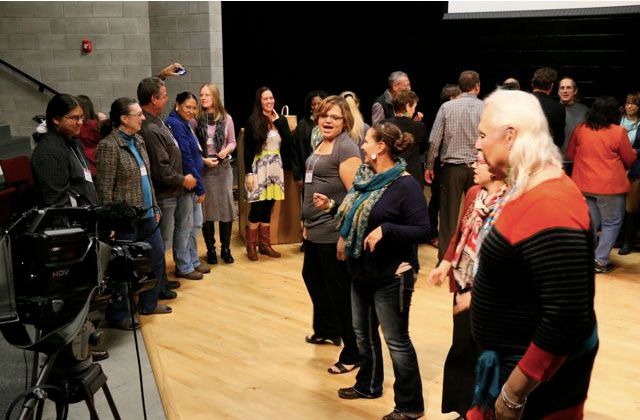 We want to thank all the people who helped make this conference a success. Terrific full breakfasts, lunches, and snacks were prepared both days by SKC Deli manager Peggy Sloan and cook Debbie Paul — who made 300 fry breads for Saturday’s lunch! An army of SKC student volunteers stuffed folders and made name tags to get ready for the conference, and then staffed registration tables, moved furniture for the poster session, and otherwise generally helped things run smoothly. Special thanks go to Emily Salois, Dr. Allen Harmsen, and Dr. Ann Bergnotolli of INBRE for providing the major funds that allowed this conference to happen. And of course we are all also grateful to Humanities Montana for their important support. Dr. Carol Baldwin, Department Chair for Psychology at SKC, provided not only additional funds that made the meeting possible, but even the initial impetus for the first Indigenous research methodologies class at Salish Kootenai College — home of the American Indigenous Research Association itself, and host of the conference.

Frank Tyro videotaped all the presentations and edited them so the PowerPoint slides are integrated into each presentation. The videos are all on youtube at the links listed at the bottom of this page, and can be viewed free of charge! Frank also took all the photographs on this page and documented the first ever meeting of our organization. 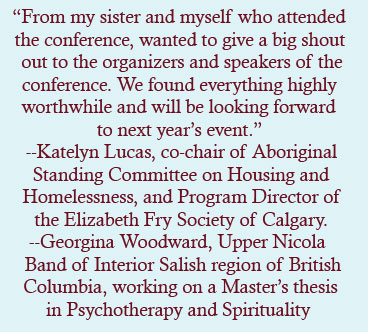 Everyone at the 2013 meeting is eager for the next meeting in 2014. We look forward to sharing more ideas, energy, and insight — and hope YOU will be able to attend!

Videos of the Conference Presentations.

Click on the presenter’s name to be taken to the appropriate page at Youtube. Each presentation is on a separate page, and you will need to come back to this page to locate the link for the next presentation you want to see. If you have any difficulty with the videos, please email the webmaster and provide information about which video you were trying to watch and the nature of the problem you found.

Co-Hearts1 Update. We are grieved to announce that Art Taylor passed away suddenly and unexpectedly on November 30, 2013. We will all miss the wisdom, energy, and wit he brought our community.